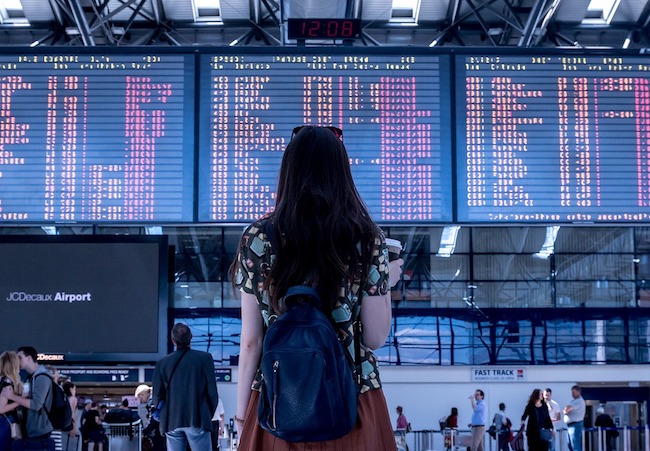 I fly often. Whether for work or fun, flying has become a normal part of my life, and I’ve gotten pretty good at it. I secured global entry, TSA pre-check, and none of the liquids in my carry-on ever exceed 3 ounces. Like most people, I have common expectations the day I fly. I expect my flight to depart on time. I expect the pilot to get us safely to our destination. I even expect the free beverages to be offered the moment it’s safe to move about the cabin. These expectations aren’t unreasonable, but they sometimes go unfulfilled — like when you hear the dreaded words:

“Ladies and gentlemen, your flight has been delayed.”

Delays happen for reasons that are most often out of our control. On my most recent trip, my flight was delayed 30 minutes due to a mechanical issue with the plane. It was better to find out about the issue while the plane was still on the ground, but it was inconvenient and threw a small wrench into my plans. Nonetheless, because of a tight connection, I was rebooked on a later flight, and all was well. That was until the app on my phone informed me of another delay … this time, a four-hour delay, which meant I would miss the connection on my new route as well. I headed off to the gate agent to choose yet another flight itinerary, feeling frustrated and impatient.

Does God have expectations for me? I’d say so. He gave me commandments and expects me to follow them. He has a plan for my life, and He expects me to seek His will. When I delay His expectations, I make Him feel like the frustrated passenger whose plans have been changed because of a delayed flight.

Lord, I know you’ve encouraged me to share my testimony with my friend, but wait just a while longer so I can come up with the right words to say.

God, I know you’ve prompted me to apply for this new job, but I’m comfortable here, and change is scary. It can wait.

Of course, I know the first thing I should do in the morning is pray, but I have a full schedule today and really need that cup of coffee first.

The difference between “spiritual” delays and flight delays is that I have the control. It is my responsibility to stop waiting and follow God’s will right now. When Jonah delayed God’s plan by running the opposite direction of where God sent him, he was thrown overboard into the sea and swallowed by a whale [Jonah 1-3]. How much easier — and drier — would his journey have been had he not delayed God’s plan and followed His direction in the first place?

I ended up reaching my destination a mere four hours later than expected, but the frustration I felt because of that delay was in vain. I had no control over the situation. Imagine being God, who has the power to control any situation, showing us which path to take and waiting for us to choose it. Waiting for us to serve Him. That’s true patience. I’m blessed to serve a God who is longsuffering with my faults and excuses, but I must do my best to serve Him the way He deserves — and He deserves my obedience right now.