Does It Really Say That? 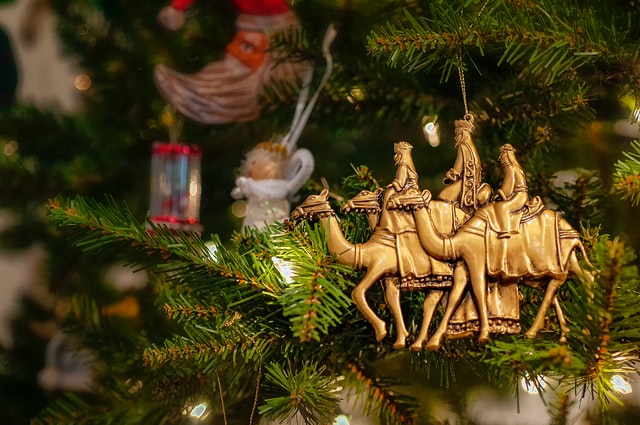 That’s probably how it actually looked that night. Or how it would have looked if there were actually three wise men. And if they had actually been there that night.

Of course there were three wise men with the baby Jesus and the others that night. Every picture of the scene shows them, right? Well, the pictures may show them, but where did the pictures come from? From the imagination of artists, not from the Word of God.

If you want to know what the Word of God really says about the wise men, you need to read Matthew 2:1-12. That passage refers to the wise men (in verses 1 and 7) as “the wise men.”

It has always been assumed there were three wise men because there were three gifts brought (gold, frankincense and myrrh) but there is actually no number given in the Bible. Admittedly, it would be awkward to sing “We, Unspecified Number of Kings of Orient Are.” But it would actually be more accurate from a scriptural perspective. Maybe there were three, but we don’t know that for certain.

And when did the visit from the wise men take place? Matthew 2:1 says that they left their home country “when Jesus was born in Bethlehem” and traveled first to Jerusalem to speak to King Herod. Matthew 2:2 says that they followed the new star which we know (from 3 Nephi 1:21) appeared the night that Jesus was born. Clearly, a fair amount of time passed (several months at least) before they finally arrived at the house where Joseph and Mary were now living with the “young child” (not baby) Jesus and presented their gifts to Him (Matthew 2:11).

Although perhaps there’s no harm in making the wise men part of the nativity story, the above is a good example of how easy it can be to get people to believe that the Word of God says something that it doesn’t really say.

If you repeat something long enough and make it sound like it says that in the Word of God, then people will eventually believe that it really does say that.

So, if we don’t want to be misled, we should be willing to ask (at least ask ourselves), “Does it really say that?”

And then, we can do a little research and see what God’s Word really says about that particular topic.

Misrepresentation of the Word of God unfortunately happens quite often — here are just a few brief examples:

“God won’t give you more than you can handle.” Does it really say that?

This oft-quoted statement does not appear in the Word of God in any form. In reality, God often gives us more than we can handle, if for no other reason than to encourage us to reach out to Him and learn to lean on Him (“Come unto me, all ye that labour and are heavy laden, and I will give you rest.”)

A more accurate rendition of this statement would be “God won’t give you more than you and He can handle together.”

“Sometimes, you have to use wisdom.” Does it really say that?

If you’re blessed with wisdom from God, then it’s not something to be used just sometimes — it’s something to be used at all times. However, someone who uses this phrase is usually trying to say that there are occasions when you need to employ your own wisdom even though it may differ from what is taught in the Word of God.

Since “the wisdom of the world is foolishness with God” (1 Corinthians 3:19), this is never a good idea.

“We need to love and accept everyone as they are.” Does it really say that?

Today, the linking of acceptance to love is done in such a way as to say that unless you’re willing to accept a person’s sinful condition without advocating any need for change, then you don’t really love the person. This is directly contradictory to the Word of God.

1 Thessalonians 4 says that we “defraud our brother” if we don’t teach them how to please God by becoming more sanctified. If we really love people, then we won’t let them think they’re OK living a sinful lifestyle.

I like how that scripture in Thessalonians concludes by saying that if someone doesn’t like the idea of having to become more sanctified, then let them be upset with God rather than at His messenger.

After all, God helps those who help themselves (Oops! Scripture doesn’t really say that either).
This article has undergone ministry review and approval. 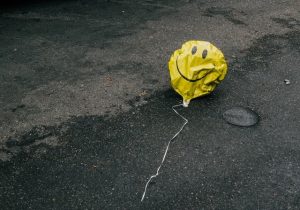