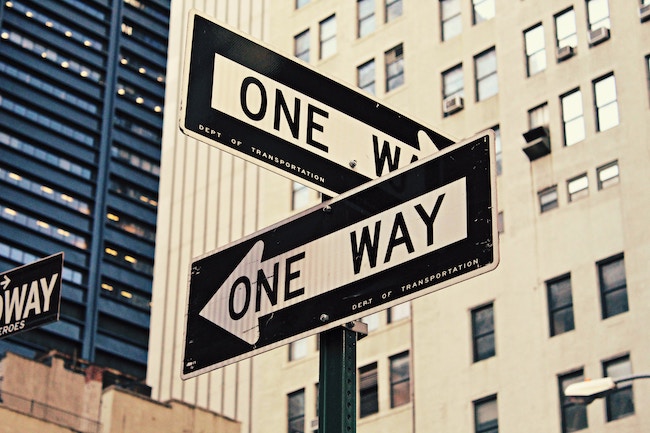 It still amazes me that this GPS app on my phone knows how to direct me anywhere that I want to go. I identify my desired destination, and it maps out the best way to get there.

It wasn’t that long ago that I had to rely on other sources to know the way to get somewhere. I used to keep printed maps in the glove compartment of my car, but those weren’t very detailed, and they became outdated as roads changed over time. So, my preferred method for finding my way to get somewhere I hadn’t previously been was to get directions from someone else who knew the way.

In 3 Nephi 14, as Jesus concludes the version of the Sermon on the Mount that He delivered to the Nephites, He addresses the two possible destinations that we are all headed to and describes the way that leads to each:

Human tendency may sometimes cause us to question our beliefs since so many other people do not agree. However, based on Jesus’ statement above, if we were to find ourselves going the same way as the large majority of people, we would have to conclude that we are on the “broad way,” which is not the way we want to go. Only few will find the narrow way that leads to eternal life — we are blessed to be among the few that have found that way.

On the one hand, this should bring us comfort. On the other hand, this knowledge puts us in the position of being the people who know the way, and we should therefore feel somewhat obligated to show others the way to go. Are we willing to do this, or are we content to let others stay on the broad way that leads to destruction?

Some years ago, I was standing at the top of the driveway of our church in Levittown, and someone who had visited the church that day came driving up the driveway with his left turn signal on. The man rolled down his window as he reached me and I asked him where he was going. He told me he was going to a large store at the end of Levittown Parkway to the left. I told him, “You can’t do that.”

The man immediately got defensive, thinking I was judging him in some way for going to this store at this time. I replied, “No, actually, Levittown Parkway is a one-way street. If you turn left into the oncoming traffic, you’ll be killed. To get to that store, you need to turn right and then make a U-turn at the first opportunity.”

I could have kept quiet to not create an awkward situation; however, I don’t think I could have lived with myself if the man was killed and I could have prevented it by telling him the way that led to continued life.