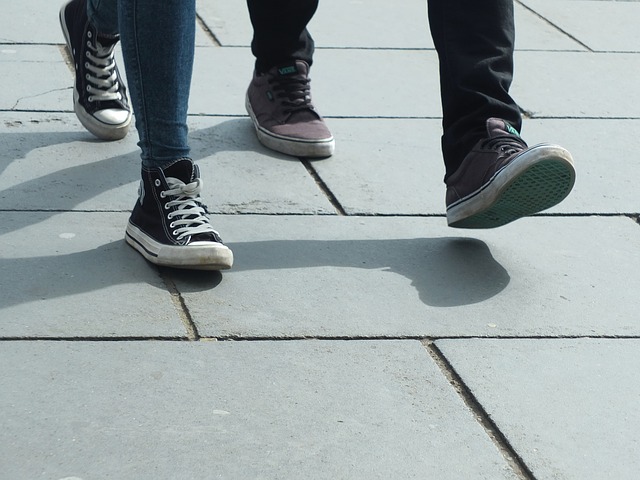 Most mornings, my wife, Gina, gets our kids ready for school.

Every once in a while, I get the pleasure of being a part of the Monday-through-Friday morning routine. My son, Gianni, is 6 years old. When I tell him to put his clothes on, he lays on the floor completely flat on his back, whines that he is too tired to put his clothes on, and wants me to dress him while he makes zero effort. He doesn’t want to do a thing. He just wants me to take his pajamas off and dress him as he just lays there. I don’t mind helping him get ready, but I need to see a little effort on his part. Nothing huge … maybe just stand there?

When I gave my life to the Lord, there was minimal effort done on my part. Jesus paid for my sins. He did it all. I just gave up my will and handed off my sin to Him. But now what? The scripture says that my faith is the substance and evidence. So, if my faith is the proof, then there must be some requirement on my part beyond doing nothing. I must have to do something besides lay there and wait for my maker to take care of everything.

In the Book of Mormon, we read how God instructed the brother of Jared to build ships to travel across a great body of water. After building the disc-like ships, he realized it was going to be very dark. He asked the Lord what they were going to do for light, and the Lord said, “What will ye that I should do that ye may have light in your vessels?” (Ether 2:23).

The Lord basically said, in my words, to the brother of Jared, your action faith will produce results. The Lord didn’t say if you pick the right thing I will make light for you. He asked what do you think I should do to give you light? So, do something and I’ll make it light.

The brother of Jared carved out 16 stones and asked the Lord to touch them and make them glow so they could have light in their ships. Guess what happened next? Because the brother of Jared had enough action faith to go do something, believing God could make whatever he did light, nothing was held back from Him. The Lord actually told the brother of Jared that he was redeemed from the fall, meaning he was saved! All set. Nothing more to do. Talk about faith being evidence.

The saving of my soul came by no effort of mine, but my action faith is the evidence and substance this world needs to know Jesus lives.