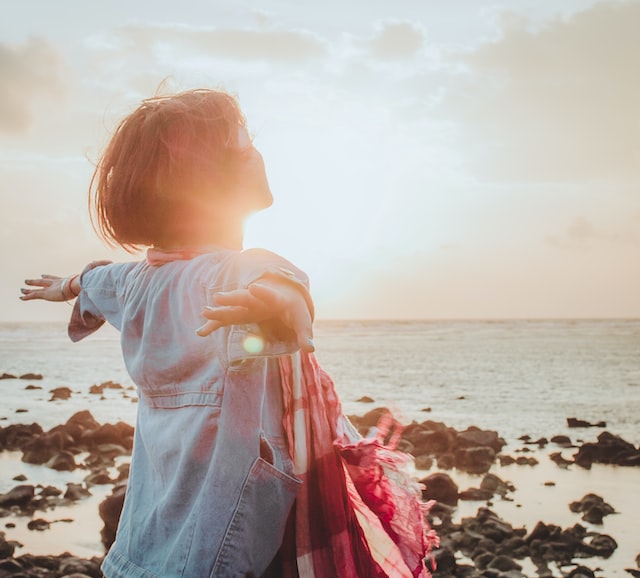 It was supposed to be a simple dinner at Simon the Pharisee’s house. But, when the invited guest is Jesus Christ, anything can happen (and it usually does).

While sitting at the dinner, speaking with Jesus, Simon notices a woman on the floor. She is weeping so much that she is washing the feet of Jesus with her tears and then drying His feet with her hair. She is also applying ointment to His feet.

Observing this bizarre scene and recognizing the woman as a local prostitute, Simon thinks to himself, “This man, if he were a prophet, would have known who and what manner of woman this is that toucheth him: for she is a sinner” (Luke 7:39). He’s thinking that a real man of God wouldn’t even let a woman like this touch him.

Jesus surprises Simon by reading his thoughts and by then telling a parable to address what Simon is thinking. In the parable, two men owe money to the same creditor — one owes 500 pence and the other owes 50 pence. The creditor completely forgives both debts. Jesus asks which man will love the creditor more?

Simon admits that the man who was forgiven of the larger debt will have the greater love. Jesus then explains that the woman on the floor is like the first man in the parable — she loves Him more (certainly more than Simon does) because she has been forgiven of her many sins.

How does this relate to us today?

Well, on the one hand, there are many people who were once living very sinful lives and then came to the Lord and repented and were forgiven of all of their sins. For example, I can recall one woman who I was blessed to baptize sobbing in my arms when she came up out of the water at the realization that she had been forgiven of her many sins. It’s easy to envision people like this having a deep love for the Lord.

But, what about people who come to the Lord (perhaps in their youth) before they’ve had a chance to sin very much? Perhaps you are in this category. Is it accurate to say that you don’t love the Lord as much as people who’ve been forgiven of many sins?

Of course, only you can say how much you love the Lord. However, in the context of the above account, the answer to this question has nothing to do with how many sins you’ve committed in your life. Rather, your love for the Lord is defined by whether you are more like the woman washing Jesus’ feet (who recognized herself to be a sinner in need of forgiveness) or more like Simon the Pharisee (who felt he was already righteous and had little need for forgiveness). Or, to put it another way, it depends on how you would truly answer the question, “Did you need forgiveness when you met the Lord?”

If you’re like the Pharisee, you’re probably feeling pretty good about how you’ve been living your life so far. Yes, you were baptized, but it was mostly about complying with the rules, which is very important to you. Did you need forgiveness? Well, maybe for just a few small mistakes, but nobody’s perfect. Now, as you and your well-behaved self make your way to the kingdom of heaven, you appreciate that Jesus played a role in this, but a lot of the credit has to go to you, too, for making the right choices in life.

On the other hand, if you’re like the woman, you recognize that whatever sins you committed — whether considered large or small or many or few by human standards — were enough to keep you out of the kingdom of heaven. Did you need forgiveness? You know you did! Only by repenting and being baptized were you washed clean of your sins that separated you from the Lord. You’re now on the path that leads to the kingdom of heaven but only because Jesus made it all possible.

Now, of the above two types of people, which one loves Jesus the most? The answer is obvious.

How do you make sure you’re in the right category? By never forgetting how much you needed forgiveness for your sins when you met the Lord. The life you’re living today as a servant of God all began the day you were cleansed of your sins and it was all made possible by the Lord Jesus Christ. When you think about it that way, appreciating all that Jesus has done for you, it’s easy to have a great love for the Lord!