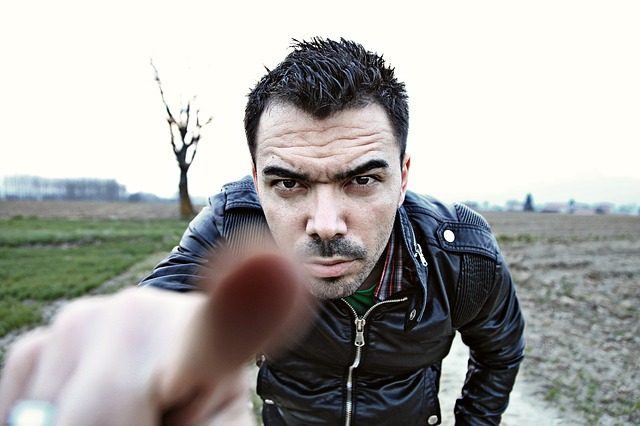 You’re walking down the street, and you see a man bump into a woman, knock her down, and then steal her purse and run away. The man is eventually caught and put on trial for the crime. You are called as a witness and relate what you saw. Now, the defense attorney is going to cross-examine you. The dialogue might go something like this:

Attorney: Are you sure it was my client who you saw that day?

Attorney: Do you remember what the weather was like that day?

You: Well, I don’t really remember.

Attorney: Oh, you remember seeing my client, but you don’t even remember if it was sunny or overcast?

Attorney: Well, according to the National Weather Bureau, the sun did not appear at all that day.

You: Oh, I guess I was mistaken.

Attorney: Were you also mistaken about who you saw that day?

You: No, no, I remember that clearly.

Attorney: I see. And what about…

By skillfully crafting additional questions, nodding his head knowingly at the proper times, and shaking his head sadly at others, the lawyer manages to eventually make you look like you don’t really know what you’re talking about, and your whole testimony becomes suspect.

If something like this has ever happened to you, don’t feel too badly — lawyers are skilled at this type of questioning. Don’t hold it against them. It’s their job to do this to you, and the better ones do it very well.

In Alma 10, Alma and Amulek encounter some lawyers who begin to cross-examine them after giving their testimony of God. “There were some among them who thought to question them, that by their cunning devices they might catch them in their words … these lawyers were learned in all the arts and cunning of the people; and this was to enable them that they might be skillful in their profession” (Alma 10:13,15).

If you are one who gives your testimony of Christ to others, then you have probably encountered people like this — not necessarily lawyers but people who are skilled in asking questions in a way that can sometimes trip you up and maybe even embarrass you as you try to present your faith.

The most unfortunate outcome of an experience like this is not that the person who you’re speaking to is not convinced — they probably weren’t open to it anyway — but rather that you become reluctant to give your testimony the next time. Nobody likes to be embarrassed, so it becomes more comfortable to just not discuss your faith rather than take the risk of being skillfully cross-examined.

Just as in court, the best way to avoid being embarrassed by cross-examination is to focus on relating what you have personally witnessed or experienced. Stick to the facts, and you won’t get confused.

Remember that in court, there are many times when the defense attorney knows his client is actually guilty. Still, his job is to discredit the witnesses and try to win the case. Likewise, some people who cross-examine your faith may actually know deep down — or at least suspect — that what you are saying is true. Regardless, it’s their “job” (as they act as an agent of the enemy) to discredit your testimony.

Don’t allow yourself to be discouraged by people who are skillful with words. Stick to your testimony and stick to your faith. Allow the Holy Ghost within you to speak for you, as Amulek does in the next chapter, and you will be able to withstand any cross-examination.