On July 26, 2020, the Creekside Branch of The Church of Jesus Christ opened its doors for the first time since being closed in mid-March of this year. Despite participating in blessed and encouraging Zoom meetings, we longed for personal contact once again, sharing the love of Christ face to face. As the Apostle Paul said, “Forsake not the assembling of yourselves.”

As brothers and sisters came into the building, you could see the joy and excitement upon their faces. They were like children entering a candy store. Of course, they had to wear masks and sanitize their hands at the door, but they did not seem to mind. They were just so genuinely happy to be there. What was difficult for most was to refrain from shaking hands and embracing each other.

And the conversation! They were talking and greeting each other as if they had just come to a family reunion after years of not seeing each other. It just excited your soul to watch the saints interact once again. All in attendance that day were genuinely happy to be back and embrace a more normal life once again.

Presiding Elder Brother Mike Capone welcomed all and stated that he believed that the Lord wanted us to gather again and wanted us to receive His blessings. He shared the dream accepted by the apostles as revelation, where Jesus was seen in the sanctuary following the elders passing communion and touching the glass before and after each person partook of the wine to remove anything detrimental to the saints. This dream brought comfort to many.

His sermon was taken from 2 Kings 6 when the Syrian army surrounded the city of Dothan where Elisha was. The servant said to Elisha, “Alas my master how shall we do?” Elisha answered, “Fear not for they that be with us are more than they that be with them.” As the servant’s eyes were opened, he saw chariots and horses surrounding the enemy.

Brother Mike said that fear is a natural response to events, but trust is a spiritual response. The virus has tried to take over our lives, and we may have to change the way we do things, but we need to trust in the strength of the Lord, for He is greater than the virus. We should be letting Jesus take over our life — not the virus.

During communion, the room was quiet with respect. It had been so long since we partook of the body and blood of Christ that we all just savored the holiness of the moment, with the knowledge that the Lord would protect us.

During the testimony portion of our meeting, nearly everyone there wanted to testify. Our saints popped up without a moment in between. We also prayed and anointed seven people, with some testifying later that they had been healed.

When our service closed, we were all satisfied as we left the building rejoicing. It was such a blessed day! 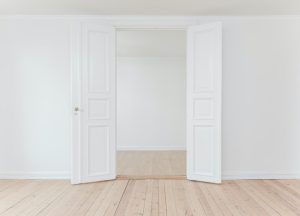 The following experience was received by Sister Anna Frances Colangelo in 1925, shortly after she was baptized into the Church and is related by her daughter, Sister Fannie Colangelo Casasanta. We had a house rented to two tenants. One lived on the first floor and...