Confidence in the Lord (Part 1) 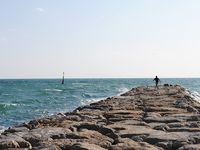 “And it came to pass that I, Nephi, said unto my father: I will go and do the things which the Lord hath commanded, for I know that the Lord giveth no commandments unto the children of men, save He shall prepare a way for them that they may accomplish the thing which He commandeth them.” 1 Nephi 3:7.

This verse is from a passage of scripture in which God instructs Lehi to send his sons back to Jerusalem to get the plates of brass (the record of the Jews and a genealogy of Lehi’s forefathers) so that they would have the law and commandments in the Promised Land.

As the story unfolds in chapters 3 and 4, the task does not prove an easy one. However, it was accomplished because Nephi had faith and confidence in the Lord. As he stated, he was willing to go because God commanded it and he knew that a way would be provided.

There are many other examples in scripture where God commanded a person to complete a seemingly impossible task, and He provided a way for it to be accomplished.

These men were willing to complete the tasks God commanded of them, having confidence and faith that He would provide a way, knowing they could not do it alone. And, in every case, that is exactly what happened.

The same holds true for you and I today. If the Lord commands me to act, then I shouldn’t say, “God, this is too big for me.” All I have to do is remember that nothing is too big for Him. It’s my job to be obedient and trust that He’ll show me the way. Then I must give it my best, and He’ll take care of the rest.

Editor’s Note: Stay tuned for Part 2 of this article where Brother Rich will share a testimony that showcases the power of putting confidence in the Lord.