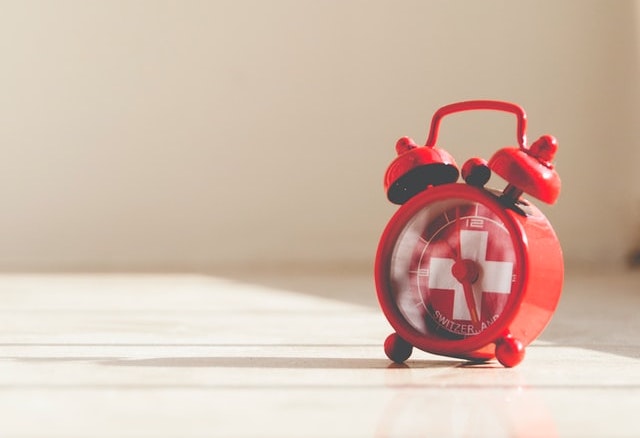 In general, it’s not a good thing to be known as a “clock watcher.” The term could be used to refer to:

However, there is a scenario in which clock watching can be a good thing. Used in the right way, it can demonstrate that a miracle of God has occurred.

Jesus spends two days in Samaria after meeting the woman at the well and then continues on to His destination in Galilee. A nobleman from Capernaum hears that Jesus is back in town so he seeks Him out. The man’s son is very sick with a very high fever — he appears to be close to death. The nobleman asks Jesus to come to his home to heal his son. Instead of making the full-day journey to Capernaum, Jesus just tells the nobleman, “Go thy way; thy son liveth” (John 4:50).

The nobleman travels home, arriving the next day. When he arrives, he is overjoyed to hear the news that his son has recovered from his deathly illness. He asks his servants when his son started to feel better. They tell him that the fever broke the previous day at the seventh hour (1 p.m.). The nobleman now knows that a miracle has occurred since he was with Jesus at that exact time the previous day — that’s when Jesus said, “thy son liveth.”

You can see that the clock-watching part of this story is very important. Without being able to match the time of the healing to the time that Jesus spoke, there would be no visible evidence that a miracle had occurred, especially since Jesus wasn’t in the same place as the sick boy when the healing occurred.

Some might have tried to attribute the healing to good luck or good medicine or whatever. But it’s a pretty big coincidence that the boy was getting sicker and sicker and then at the exact time that Jesus spoke, the fever departed. The boy’s father (who believed in Jesus) wanted to make sure that everyone recognized the miracle, so he made sure to ask about the time of the healing and let everyone know it was the same time that Jesus had spoken His words.

We can do the same today. Any time that something occurs that you’ve prayed about, match the timing of the event to the time you prayed so you can fully appreciate the answered prayer. It doesn’t have to match to the exact minute, but if the event occurs within a relatively short time span after you pray, you can trust that you’ve had an answered prayer.

For example, here’s a testimony that’s very similar to the above that just happened in the past few days:

A sister of our branch of the Church tested positive for Covid this past Sunday. She had all of the typical symptoms — fever, sore throat, loss of taste and smell. Over the next couple of days, she was getting sicker and sicker. Finally, on Tuesday night, her temperature had reached 103 degrees, so she was taken to the emergency room.

Her family was obviously very concerned. Nobody was allowed into the hospital to be with her, so the family called me from the parking lot, and we prayed together on the phone.

Later that night, the sister was able to return home. She reported that while she was in the emergency room, her fever broke and her temperature returned to normal. Her sore throat was gone, and her taste and smell returned.

When did all of this happen? As you may have guessed, it happened at the time that the prayers were being offered on her behalf. Based on the clock-watching evidence, it’s pretty safe to assume that God performed a miracle on her behalf.

The God of the scriptures is the same God we serve today. Just as He snatched the nobleman’s son from death’s door at the exact time that Jesus spoke, He can do the same for people today.

Equip yourself with as many testimonies as possible of things that you’ve prayed for occurring shortly after you have prayed. The more of these you can describe, the harder it is for unbelievers to write them all off as coincidences. Use clock watching as a tool to let others know that God is still in the miracle business.

P.S. (a personal testimony) This past Sunday (August 1), I used the story of the nobleman’s son as the scripture for my sermon, knowing I would be basing my next blog article on that scripture. As I spoke, I related several testimonies from years past that were good examples of miracles that occurred as immediate answers to prayer, thinking I would select one of these to include as an example for this blog. Then, later that very same day, the above incident began, which very closely parallels that scripture and is a wonderful example that the power of God is still available to us today. Coincidental timing? I think not. We serve an awesome God!