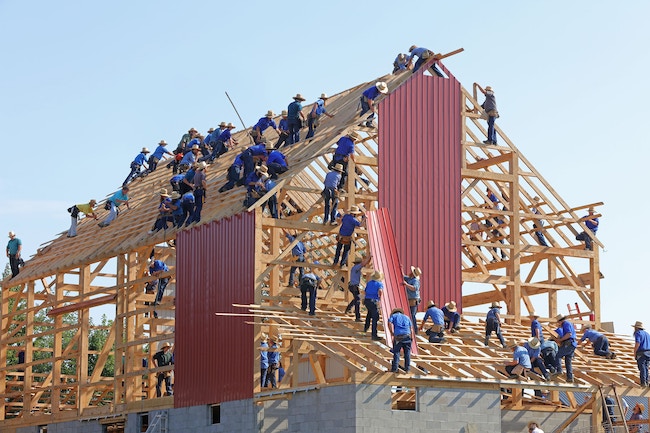 For about the past 30 years, there has been a genre of computer games known as “city building” games. These games allow the participants to build virtual (pretend) cities on their computer, designing the individual buildings, laying out the streets, etc. The grandfather of all city-building games was called “SimCity,” which is considered rather basic today but paved the way (ha ha) for many other games to be created over the years.

The top-of-the-line city-building game available today is one known as “Cities: Skylines.” If you invest enough time in this game, you can build a sprawling metropolis for which you will determine how to run power lines and water pipes, which businesses should be established, how taxes will be collected, what type of transit system to create, etc. By the time you’re done, you will have put in enough effort to have built a real city.

In 3 Nephi 21, Jesus describes to the Nephites a city-building opportunity that will be presented to their descendants as well as others of the House of Israel:

“And [the Gentiles] shall assist my people, the remnant of Jacob, and also as many of the house of Israel as shall come, that they may build a city, which shall be called the New Jerusalem.” (3 Nephi 21:23)

Here’s the Who/What/When/Where/Why/How regarding the building of this city:

A principle city in Zion known as “New Jerusalem.”

The work begins when the gospel is preached to the descendants of Joseph (verse 26) and other members of the House of Israel (verse 27) — this is underway already!

The city New Jerusalem will be built somewhere in the Americas (Ether 13:6).

The primary purpose of the city (as part of Zion) is to serve as a gathering place for the House of Israel as they are gathered together — after being scattered for many years — to the land of their inheritance (verse 27-28).

Will we all be grabbing hammers and nails to build the city? Perhaps. Maybe technology will have advanced to the point where software such as described earlier will be capable of not only designing the city but building it too. Regardless, some building process will be involved, with the Israelites taking the lead and the Gentiles assisting them.

However, in addition to the physical building part, there are also spiritual components to building this city:

Are You a Builder?

Whether it’s increasing your level of righteousness or sharing Christ with others or even preaching to the House of Israel, you potentially have a role to play in the building of this city to be known as the New Jerusalem. Don’t settle for city-building in a computer game — participate in city-building as part of God’s great plan!