Building up the Brethren 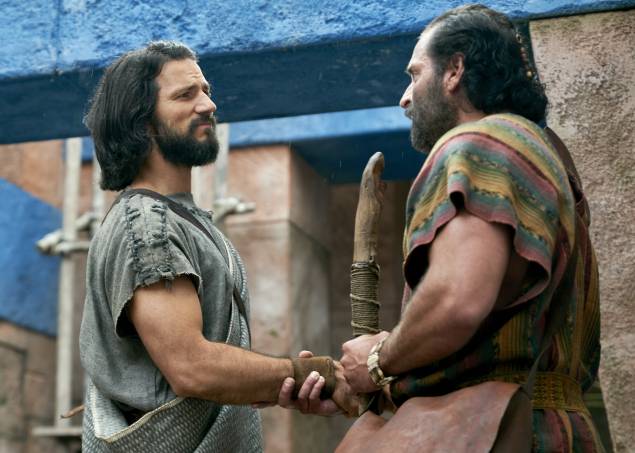 Today’s article is a reprint that was originally written for use by the Kenya field committee.

When you read about the relationship of Alma and Amulek, you cannot help but be impressed with the mighty hand of God and also consider how blessed Alma must have been to inspire and help grow Amulek as a fellow soldier of Christ. The scriptures are full of mentoring and encouraging the iron to sharpen the iron (Prov. 27).

Let’s take a quick look at this very special relationship that was orchestrated by the hand of God.

This friendship was a blessing not only to Amulek, but to Alma as well. When Alma (the son of Alma) found himself discouraged regarding God’s work, specifically in the city of Ammonihah, God sent an angel to encourage him to return again to the city, promising that God would give him success—even though satan had a great hold upon the people of the city (Alma 8:9).

One beautiful thing about this particular angel was that it wasn’t just any angel. This was the very same angel that had spoken to Alma and shook the earth at the time of his conversion with the four sons of Mosiah (Mosiah 27). He now charged Alma: “Lift up thy head” and return into the city.

Little did Alma know that God would also be marching him back into this city to meet his new best friend, Amulek. He obeyed the holy messenger and returned to Ammonihah by another way, entering through the south side of the city.

Alma didn’t know this, but God was already at work… on the fourth day of the seventh month of the tenth year of the reign of judges, God had already sent an angel to intercept Amulek and complete his personal conversion. God had called him many times, but this event would begin the change!

(On a side note, I would like to think that (just maybe) the angel that intercepted Amulek was the same angel that visited Alma. We do not know this, but how wonderful a thought!)

It seems like Amulek finds Alma (seemingly) immediately after he obeys the angel’s command to return home. Amulek brings Alma quickly into his own home and eventually states that Alma blessed him, his wife, his children, his father, kinfolk, and kindred (Alma 10:11).

Alma 8:27 states that Alma spent “many days” in Amulek’s house before he began to preach again to Ammonihah city. These many days of ministering proved to be specifically crucial to the health of Alma and the spiritual growth of Amulek.

Fast forward … At one of the pinnacle points of their ministry, Alma and Amulek find themselves in prison (Alma 14). They were stripped of virtually everything they had except for their faith.

Many of the leadership of the land (at one time led by Zeezrom) reviled them, trying to make them take back their words and deny their testimony. At one point, they even ignited a fire and began to burn the holy scriptures. They even brought the wives and children of many of those who believed in their words to toss them into the burning fire! Alma and Amulek were brought to the scene to make sure they watched this awful act as they further tried to push them to deny their testimony.

It was at this moment that Amulek made a “power statement” to Alma. As they are standing before this scene of death, he says to Alma, “Let us stretch forth our hands, and exercise the power of God which is in us, and save them from the flames.” (As you know, Alma is constrained by God’s Spirit, and the reasoning appears in Alma 60:13.)

For the first time it hit me, as I read this statement of faith by Amulek, I asked myself, “How long was Amulek in the service of God for him to have grown so much in the spiritual confidence of his own convictions? How quickly did he build such great faith to know God had given both him and Alma such power?”

Amulek had only been under Alma’s wing for that short a time, and he grew that much! It makes you realize how beautifully Alma ministered to him as he was in his home for those “many days.” We can all agree that Amulek was indeed called by God, but the efforts that Alma made to build him up in the Lord were extremely important and effective as they interacted in those few short months!

That mentorship proved to be critical for the trial of their faith that they both faced. Through it, God brought many to the light of Christ and even broke the prison chains that bound them and the walls of the jail down around them according to God’s Power (Alma 14:26,27).

To me, it is marvelous that in just three months and eight days, Amulek knew that great power resided within him. In Acts 3, Apostles Peter and John got to the gate Beautiful and knew they had it as well.

When we get to our “gate Beautiful test,” will we have the same confidence?

I would encourage us all to know the importance we all play in God’s work, even in growing one disciple at a time, much like Alma did in Amulek! It is a critical part of our ministry!

I pray that we may have the same confidence that was within Amulek to know that great power indeed resides within us!