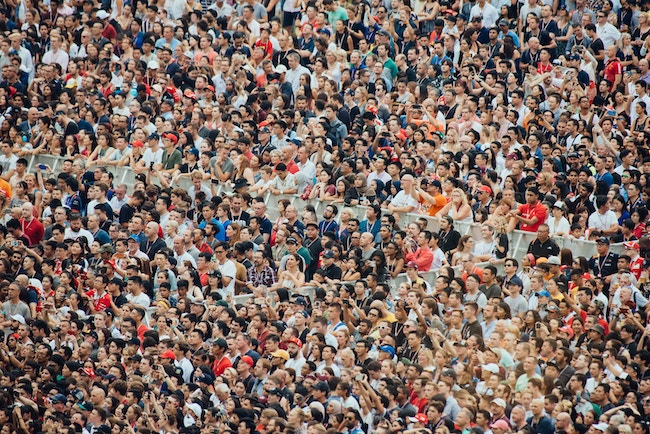 Have you ever been to a sporting event or other venue where a group of people are gathered doing something together? Everyone is watching or participating together, and there’s an energy about it. Sometimes that energy can be good, but other times it can be downright evil.

I’ve seen it happen a few times, personally. Everyone is excited and happy, and then something goes wrong; maybe like a blatant penalty that doesn’t get called in a playoff game. The next thing you know, everyone is livid and hateful. The crowd hurls insults at the target, with some making threats. It feeds off itself and gets worse and worse. It’s so easy to get caught up in it. Even good Christian people who normally would never think of acting in a belligerent way can become part of the angry mob.

We’ve seen the mob mentality come alive in the scriptures. In the Book of Mormon, we read that many times just before attacking the Nephites, the Lamanites were riled up to hatred by Nephite dissenters. They would get the mob going and then turn it loose.

Another example is when an innocent Man was put on trial, and His fate was put into the people’s hands. Matthew 27:20 states, “But the chief priests and elders persuaded the multitude that they should ask Barabbas, and destroy Jesus.” When Pilate asked what shall be done with Jesus in verses 22 and 23, the people cry out to crucify Him. The leaders of the Jews incited the crowd into a mob, and the mob sent the Savior of the world to Calvary.

In none of these situations did anyone stand up or take a step back and question what the group was doing. They got wrapped up in the moment, and evil took over from there.

We have seen this in our time, and not just at sporting events. How many times have we seen footage of peaceful protests turn into riots, all because of the mob mentality? How many times on social media has a virtual mob formed over some issue?

I don’t think we need to avoid all public events, but we do need to be vigilant. In today’s day and age, with the advent of social media, the mob can break out anywhere anytime. Satan has got a great hold on our society. It has become almost completely acceptable to say horrible things about people we do not know and accuse them of all sorts of wrongdoing, as long as it is for a “good” or “righteous” reason.

Yet, the problem with the mob is that it’s anything but righteous. I don’t remember anywhere in scripture where we’re supposed to treat anyone with the vitriol that we see almost daily. I remember that we’re supposed to act with love and compassion and to correct lovingly rather than out of anger or hate.

While social media and public events can be good and wholesome fun, and we shouldn’t be afraid to participate, we need to protect ourselves from falling into a dark path. The more this mentality prevails, the more power Satan has over the children of men. As members of The Church of Jesus Christ, it is our responsibility to avoid the mob. As believers in Jesus Christ, we need to do our part to help prevent the fire before it catches and starts to burn.