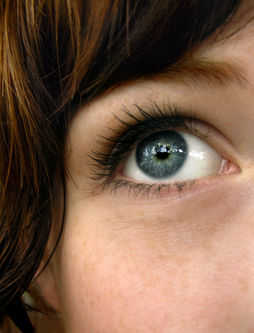 In Ether 12, the man named Ether finally appears. In addition to being the writer of the Jaredite record, Ether is a prophet of the Lord who “could not be restrained because of the Spirit of the Lord which was in him” (verse 2). Ether exhorts the people to have faith in God. He prophesies “great and marvelous things unto the people, which they did not believe because they saw them not” (verse 5). People who feel this way today — that they won’t believe in something they can’t see — might express this feeling by saying, “seeing is believing.”

As Moroni, the son of Mormon, is adding Ether’s record to the plates that contain the manuscript of the full Book of Mormon, he comments on this philosophy of “seeing is believing,” pointing out (similar to Hebrews 11:1) that “faith is things which are hoped for and not seen” (verse 6). In other words, “seeing is believing” is the exact opposite of faith. Moroni then lists several examples of faith from the Book of Mormon, showing how the people first had to believe, and then they saw God move in a visible way:

The formula for each of the above was the same — first have faith (believe in what you can’t see) and then God moves in a very visible way. Another way of saying it is “believing is seeing” — first you believe, then you see.

All of us who believe in God have some amount of faith. We don’t see Him, and yet we believe — that’s the definition of faith. However, it requires more than a basic belief in God to actually see Him moving in our lives.

In Mark 9, a man has a son who is possessed by an evil spirit. He asks Jesus to help his son. Jesus tells the man, “If thou canst believe, all things are possible to him that believeth.” The man replies, “Lord, I believe; help thou mine unbelief.”

We may occasionally find ourselves in a similar mindset as the man in this scripture. We believe, yet we have unbelief. We believe in God; we believe He can do all things. But this situation I’m going through? … Well, I don’t know.

This condition is often accompanied by a statement that begins with the words, “I have faith in God, but…” with the rest of the statement indicating some action we’re going to take that illustrates our unbelief.

Instead of resigning ourselves to living in unbelief and not seeing the miracles of God, we can instead follow the example of the man in this scripture and ask the Lord to help our unbelief. Don’t be satisfied with “faith in God, but…” Pray for God to increase your faith and reduce or even eliminate any unbelief. You don’t need to see it to believe it — you need to believe it to see it!

How can you tell if your belief is strong? The actions that you take (or don’t take) indicate what you really believe.

For example, most every person you encounter right now will be wearing a mask and will be unwilling to touch you. This is due to belief in unseen particles floating through the air or resting on surfaces that can make you sick. Unless you’re a scientist working in a lab, you’ve never actually seen any of these particles. Yet, your belief is strong enough that your daily actions revolve around avoidance of these unseen particles.

The scriptures tell us that “if we receive the witness of men, the witness of God is greater” (1 John 5:9). So, if we’re willing to fully accept the word of scientists to believe in something that we can’t see — and there’s no reason to not accept it, by the way — how much more should we who have the Holy Ghost within us be willing to believe in the power of God (not just regarding this disease but in all aspects of our lives)?