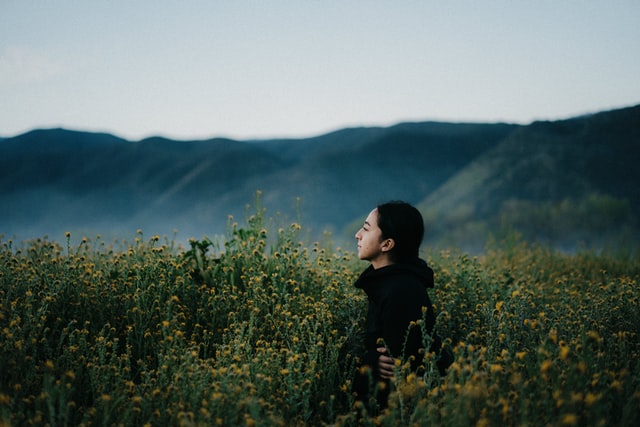 Some years ago, I was driving to work one morning when the following occurred:

I took my usual exit from the highway, drove to the end of the exit ramp and prepared to turn left to drive up the hill. I looked up the hill and saw a large tractor trailer barreling down the hill at a high rate of speed. In my mind, I did a quick calculation: Truck will reach me in five seconds, it will take me three seconds to cross the intersection and turn up the hill — plenty of time!

As my foot touched the gas pedal and prepared to press down, it happened — I heard one audible word in the car — “NO.” The word and the meaning were unmistakable and yet there was a part of me that was still thinking, “But I can make it in time!” As if trying to lift a heavy weight with my foot, I struggled against my own will and finally managed to lift my foot from the gas pedal. It actually took quite an effort to just sit still.

I sat there and watched as the truck cruised through the intersection at such speed that the wind in its wake rocked my car back and forth. With the coast now clear, I stepped on the gas. My car proceeded into the intersection and immediately stalled, leaving me right in the path of where the truck had passed just seconds earlier.

Clearly, had I proceeded across the intersection in front of the truck, it wouldn’t have had time to avoid me and my car would have been crushed, beginning with the driver’s seat. My life was saved that day because God told me to be still.

Being still in our day-to-day lives is a real challenge as well. There are always things to do, places to be, people to see, etc. It’s easy to get into the routine of rushing around, trying to get everything done. The idea that we would pause in the middle of all of this productivity to be still and listen to what the Lord has to say and possibly even let Him redirect us might seem as foreign as it was for me to take my foot off the gas pedal in the story above.

Yet, if the Lord has something to say to us, do we really want to miss that? In the story above, if I had missed (or ignored) what the Lord was saying, I would have been killed. Now, not every message from the Lord will involve saving a life. However, if the Lord is really speaking to us, there will be some reason that He is doing so, and if we follow His direction, we should see Him move in some way — perhaps a miraculous way.

The day after healing the centurion’s servant, Jesus travels to a city called Nain and encounters a sad funeral procession. The dead man is the only son of a woman whose husband had already passed away, so she is left alone now. Many tears are being shed.

The to-do list for the day is very simple. The body has been placed on a platform (or bier) to be carried to the burial place. The body will be entombed, and then the many mourners will gather to provide comfort to the dead man’s mother. Everyone knows what has to be done — no different than for any other funeral — and they are in the process of getting it done.

Except something different happens this time:

“When the Lord saw [the woman], he had compassion on her, and said unto her, Weep not. And he came and touched the bier: and they that bare him stood still. And he said, Young man, I say unto thee, Arise. And he that was dead sat up, and began to speak.” (Luke 7:13-15)

Had the people chosen to push past Jesus in their haste to get to the burial place and get through the events of the day, they would have been successful in accomplishing their own to-do list, but they would have totally missed out on the miracle that Jesus had planned. Instead, they listened to the Lord and stood still — and a man was raised from the dead!

So, as we navigate our way through our days, completing tasks that need to be accomplished, let’s be open to the possibility that the Lord may speak at any time. It won’t be every day that He redirects us — presumably, we’re already doing the work that He has given us to do — but, if He does speak, we can’t feel like we’re too busy to be still and see what the Lord wants to do. The possibilities are endless if we can be still and let Him be God. 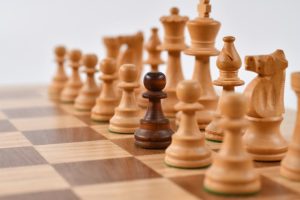