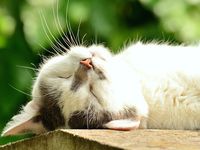 Here’s a little quiz for you — do you know what the phrase “All is Well in Zion” means? The phrase isn’t used in the church as often as it was years ago, so if you’re a younger member, you can perhaps be excused for not being familiar with the phrase. If you guessed that it’s some type of prophecy regarding the future gathering of Israel, that’s actually incorrect. The mention of Zion is just an indirect reference; the phrase actually has meaning for us in this day and time.

In 2 Nephi 28, Nephi describes a spiritual battle that was taking place, one that is still going on today: “For the kingdom of the devil must shake, and they which belong to it must needs be stirred up unto repentance” (2 Nephi 28:19). To help us be better equipped for this battle, Nephi then goes on to warn us about three different strategies that the enemy is using.

Stir up people to anger against that which is good. Would it be accurate to say that this strategy is in full use today? I can’t remember any time during my lifetime when people were as generally angry as they are today. Many people in our society are saying, “Either you agree with my views, or you’re the enemy.” This is an effective strategy because it makes people forget who the real enemy is.

Get people to believe that there is no hell and there is no devil. You probably know how this goes — how can a God who loves all people send them to hell? This strategy causes people to miss the path that our loving God has provided that leads to His kingdom, making them believe that all paths lead there.

Lull the servants of God into a false sense of security: “And others will he pacify and lull them away into carnal security, that they will say: All is well in Zion; yea, Zion prospereth, all is well – and thus the devil cheateth their souls, and leadeth them away carefully down to hell” (2 Nephi 28:21).

The idiom “lull someone into a false sense of security” is defined as “to lead someone into believing that all is well before attacking.” In a battle, if you know the enemy is preparing to attack, then you’re on high alert. On the other hand, if you think the enemy has given up or gone home, then you relax and you’re less careful about where you go and what you do since “all is well.” If the enemy is in fact hiding nearby, you’re then much more vulnerable to the attack.

Let’s not allow ourselves to be lulled into a false sense of security regarding our service to God. If we’re living a good Christian life, then praise God for that, but it doesn’t mean we’re immune to potential temptations to go astray. If our church meetings are being blessed, then praise God for that, but it doesn’t mean we stop doing all we can to reach sinners for Christ or that we ignore the future by not teaching and mentoring our children and young people. Although our church is not currently under direct attack by opposing forces in society, let’s not assume that will always be the case (it won’t be) and stand by idly as the opposition gets stronger and stronger.

The day will eventually come when Zion will be established, and only then can the people say, “All is well in Zion.” For now, the battle still rages on, so let’s not lower our guard but rather do all we can to stand up for the gospel of Jesus Christ.