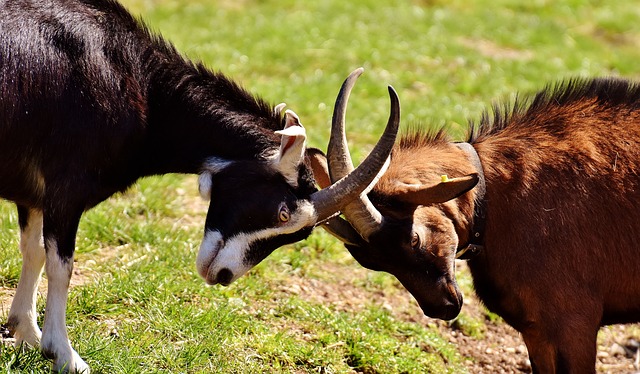 Divisive: Tending to cause disagreement between people and causing them to separate into different groups

In Alma 35, the Zoramites react to the message of Christ preached to them by Alma and Amulek in the previous chapters in which they were exhorted to repent of their sins and change their lives to be more Christlike. Although the exact discussion is not recorded, you can easily imagine it going something like this:

Finally, the Zoramites decide to poll everyone to see who agrees with the message and who doesn’t. In order to illustrate what is apparently meant by inclusiveness, “after they had found out the minds of the people, those who were in favor of the words which had been spoken by Alma and his brethren were cast out of the land” (verse 6). In other words, all views, beliefs, and preferences are welcome except living a life for Jesus Christ.

OK, so once these divisive believers in Christ are out of the city, the Zoramites settle down to a peaceful and loving life, right? They probably even wish their former brethren well in their new home with the people of Ammon in Jershon, don’t they? After all, it’s all about love. Here’s what actually happens:

So, these Zoramite people who aren’t doing anything wrong and have no need of repentance and don’t see a need for anyone to change are so filled with hate for their former brethren that they want them homeless, punished, or even dead. All because they believe in the message of Christ.

Surely, something like this couldn’t happen today. Or could it? Or is it happening already?

We need to realize that as followers of Christ, we do represent a divisive message.

The scriptures teach that Jesus is the only way to heaven. They teach that all have sinned and need repentance. They teach that certain behaviors are just plain wrong and that people need to make changes in their lives to be servants of God. All of these statements will cause severe disagreement among people and may well bring about separation between people who believe them and people who don’t.

Jesus actually said, “I am come to set a man at variance against his father, and the daughter against her mother” (Matthew 10:35). He also said He will judge the nations and “separate them one from another, as a shepherd divideth his sheep from the goats” (Matthew 25:32). In Nephi’s vision, Nephi was told that there would eventually be two churches (two, not one) — the church of the Lamb of God and the church of the devil (1 Nephi 14:10). We, of course, believe that there are two distinct places that people go when they leave this life. Yes, we are preaching a divisive message.

However, among those who belong to the kingdom of God, there is no divisiveness, only inclusion. All who desire to accept Christ as their Savior — through faith, repentance, and baptism — and are willing to have the Holy Ghost lead their lives are welcome. God loves all equally. All consider each other brothers and sisters in Christ.

The same cannot be said for the opponents of Christ. Without the scriptures as a basis, these people gather around whatever the cause of the day is and routinely disagree with those who have opposing views. The one thing they seem to agree on is that anyone who stands for Christ is the enemy, and their goal is to eliminate such people (as the Zoramites tried to do in the story above) or at least make them ineffective in the cause of Christ.

So, although there is a negative connotation attached to the word “divisive” in today’s world, don’t allow yourself to be bullied into watering down the gospel message. Don’t seek to be disagreeable; don’t seek to divide — just represent the gospel in love, and let others react as they will. If someone wants to call that divisive, then let them take it up with the Lord.