A City of Peace Provided by God (Ether 13) 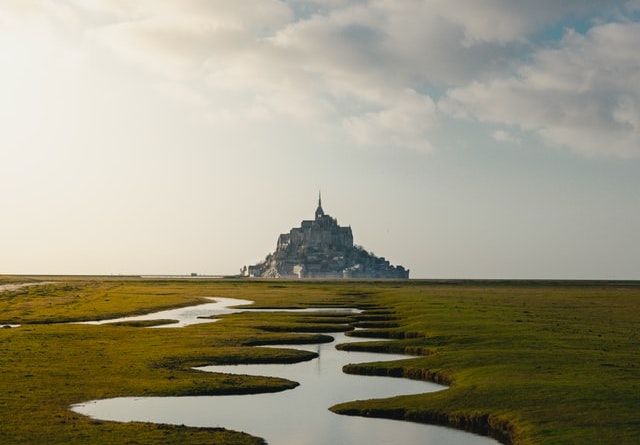 In Genesis 22, Abraham prepares to sacrifice his son as God has requested. However, at the last instant, an angel stops him and a ram is provided to use as the sacrifice instead. Abraham memorializes the place by calling it Jehovahjireh (Genesis 22:14) which means “God provides.” The same area already had the name of Shalem (or Salem as it’s referenced in the Bible), meaning “city of peace.” As time passed, the two names were combined such that the city was referred to as Jireh-Shalem or, as the scriptures spell it, Jerusalem. The meaning of the name can be intuited to be “city of peace provided by God.”

Ether 13 describes a city that can be referred to as a city of peace provided by God. The city will be called New Jerusalem, and it will be the principal city in a place called Zion at a period of time referred to as the peaceful reign.

Let’s not confuse this New Jerusalem with other cities that go by the same or a similar name.

Obviously, this is not the city described in the first paragraph above. That original city of Jerusalem is the one where much of the action in the Bible takes place and was the city where Lehi and his family lived at the beginning of the Book of Mormon. When God warned Lehi to take his family and flee from the city, “the Lord brought a remnant of the seed of Joseph out of the land of Jerusalem, that he might be merciful unto the seed of Joseph” (verse 7). Jerusalem was subsequently destroyed but was later “built up again [to] become a holy city of the Lord…unto the house of Israel” (verse 5). This Jerusalem is the city that currently exists in the country of Israel.

This New Jerusalem is also not the city that will “come down out of heaven, and [be] the holy sanctuary of the Lord” (verse 3). That city — which also goes by the name New Jerusalem — will come to earth in the last days, after the devil and his minions have been cast into the lake of fire. See Revelation 21 for a further description of this New Jerusalem.

So, the New Jerusalem we’re talking about is not the city in Israel and it’s not the city coming down out of heaven. What is it? Where is it? Who will be there? This chapter answers those questions.

It’s a place to be built for the descendants of Joseph to have as “a land of their inheritance;…a holy city unto the Lord, like unto the Jerusalem of old” (verse 8). It’s a place where a remnant of the House of Israel who are currently scattered throughout the earth will be “gathered in from the four quarters of the earth, and from the north countries” (verse 11). In short, it will be the site of the great gathering of the House of Israel.

“New Jerusalem [will] be built upon this land [of the Americas]” (verse 6).

Who Will Be There?

This city will be reserved for the righteous, for “they whose garments are white through the blood of the Lamb” (verse 10). This will include “the remnant of the seed of Joseph” (verse 10), the Jews who will “come [from] the Jerusalem of old” (verse 11), and the remainder of the House of Israel who will be “gathered in from the four quarters of the earth” (verse 11). The righteous of the Gentile people will also be part of this great gathering, as they will be numbered among the righteous of the House of Israel as “partakers of the fulfilling of the covenant which God made with…Abraham” (verse 11). See also 2 Nephi 30, 3 Nephi 30 and Galatians 3.

Other parts of scripture tell us:

And, of course, it will be a time of great peace:

“They shall beat their swords into plowshares, and their spears into pruninghooks: nation shall not lift up sword against nation, neither shall they learn war any more.” (Isaiah 2:4)

As we live through periods of turmoil and destruction in the world, it’s helpful to know that this is not the end state on earth for the righteous in Christ. There will come a day — for people still living in the flesh on earth — when there will be a city of peace provided by God — a city known as New Jerusalem.