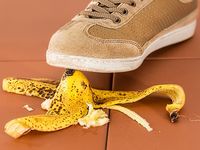 Today, we’re sharing a testimony that we received from Sister Diana Stigleman-Houlihan. Enjoy!

At the time, I was working a split-shift, part-time job when an opportunity came for full-time employment. The night before I was to go for my interview, I had an auto accident. I was so tired from the odd hours and days I worked that I did not see that the vehicle ahead of me had actually stopped at the light to make a left-hand turn.

I hit her car and pulled away, hitting a parked truck that was hauling new cars. God watched over me, as He guided me into the back tire of that truck. If I had hit its solid metal frame, I could have been killed.

But, I had no car and no way to get to my job interview the following day. I was still in shock when I called Robert, who worked at a gas station near my home. He had fixed my tire a few weeks prior to this accident and had been calling me frequently following our first meeting. Even though we were not officially an item, Robert was more than willing to come to my rescue.

He came by with a tow truck and a hug. Robert took care of everything, even arranging my car repair. I explained about my job interview the following day and how I would no longer be able to keep that appointment.

“Don’t worry,” he told me. “You can use my car for the interview.” Now, picture this. Here is a man with a new sports car who barely knows me, and he’s still willing to offer his car after I smashed mine twice in one night.

I accepted his offer and was hired at Bon Secures Hospital the following day. Now I had a new problem. I had a job and no way to get there.

“Don’t worry,” Robert said. “You can use my car until yours is repaired.” He added, “I live close to work and can walk.”

I had his car for at least three weeks. Later, I brought Robert to church. He liked our people and our beliefs. I ended up marrying the man. God had blessed me twice over. I had a job that was perfectly suited for me. Then he supplied a husband who accepted Christ and put up with me for over 24 years until his passing in November 2003.

Has the Lord ever used something “bad” to position you for something amazing? Tell us about it, and we’ll share it on the blog so that others can praise God along with you. Also — remember that next month’s Miracle Monday theme is school.