People have told me I’m the king of clichés, and I can’t say that I disagree.

I seem to use them all the time. One of them is “Timing is everything.” That typically gets used when something happens at a particularly opportune or inopportune time.

While time might mean everything to us, since almost every facet of our lives is based on it, it does not mean the same to God. Alma 40:8 says, in part, “…all is as one day with God, and time only is measured unto men.” Peter also writes, “But, beloved, be not ignorant of this one thing, that one day is with the Lord as a thousand years, and a thousand years as one day” (2 Peter 3:8).

God’s timing can be quite different than what I might want. His timing is perfect, and things that have happened in my life have occurred exactly when He wanted them to. That has always been true — unless I’ve tried to do something to change the situation.

I was at an ordination several years ago for a brother who was in his 40s. One of the visiting elders was speaking and stated that someone had said to him, “It’s about time this is happening.” It was implied that the ordination should have taken place much earlier in the brother’s life. The elder agreed that it was time for the brother to be ordained, but he said that it was taking place now because it was God’s perfect timing.

When following God’s timing, I can’t go wrong. I know through my faith and trust in Him, everything happens when it does for a reason. Here’s an example from my career.

I’ve been with my company for 13 years. About six years into my tenure, I put in for a supervisor level position. There were two openings for two different jobs. I chose one and was denied the position. So I tried for the other one. Per the requirements, I was more than qualified for the job. I put in for it and never even got an interview. I was devastated. I thought it would’ve been perfect, and I felt it was time to get out of working shifts of four days on four days off.

After a few days of sulking, I realized that God didn’t want me to have that job and that I needed to trust Him. A year later, a better position opened, and I got that job, thanks to God. A few years after that, the company restructured, and I had to go back to shift, much to my disdain. It lasted only a few months, though, after they realized my position needed to be filled every day versus on shifts. The position that I didn’t get years before was done away with, and the person in that position remains on shift to this day.

God’s timing for me was much, much better than mine. So when we think about timing, I’ve learned firsthand to trust God because His timing is perfect — and timing is everything. 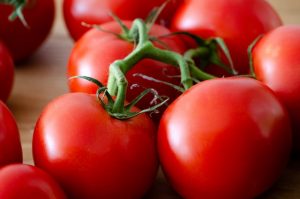 "Abide in me, and I in you. As the branch cannot bear fruit of itself, except it abide in the vine; no more can ye, except ye abide in me. I am the vine, ye are the branches: He that abideth in me, and I in him, the same bringeth forth much fruit: for without me ye... 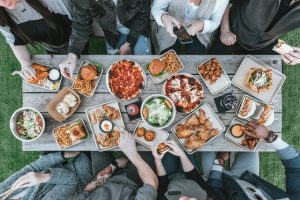 Food for the Soul

We know that our strength is in the Lord. How do we find this strength?  It is found in prayer, fasting, reading the scriptures, going to church, fellowshipping with His people, singing songs of praise, etc. All glory to Him and in Him, we find our daily...