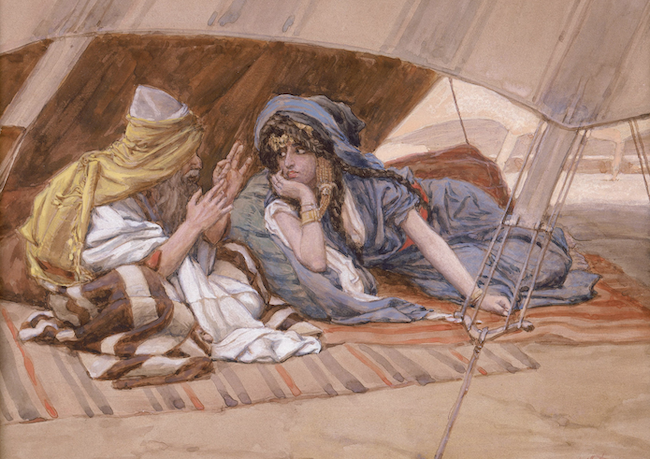 Today’s article is another installment in Sister Alena X. Ricci’s series “Women of the Bible.”

Now here is a woman I understand.

She is a completely imperfect person.

She is very human. Very normal. And her reactions are disturbingly close to what I could see myself doing.

But more importantly, she is an example that God can use literally anyone for anything.

In studying Sarah, I broke her story into three major points, and they all converge on one major theme.

That God’s promise and His good work will prevail in our lives no matter what.

So the first portion of her story is when Abraham takes her and their caravan to Egypt. Abraham is panicked that he will die because of Sarah being his wife, so he convinces her to act as his sister. Pharaoh is struck by her beauty and takes her as part of his harem.

And it is not Abraham, her husband, who stands up for her.

But it is the very same God who stands up for you and I today, that stood up for her.

He brings down sickness and plagues on Pharaoh’s house, and Sarah is delivered out of bondage back to the arms of her husband.

So, we see that, together, Abraham and Sarah had concocted a plan in which they thought that they could beat the harm that they assumed would befall them. Their humanity caused them to take matters into their own hands to keep themselves safe….

…when God was literally speaking to Abraham about how he would be blessed.

Does this sound familiar to anyone?

So fast forward to Genesis 17, where God is laying out His promises to Abraham and renames them both. He changes Sarai to Sarah, so that her name literally means “princess.”

The God of the universe, who breathes stars to life and moves mountains with His hands, called this very human woman “princess.”

He tells Abraham that Sarah will be a mother to nations, that she will be immensely blessed.

Let’s just take a second to stop and consider that.

What is He calling us today?

In these promises, God tells Abraham — He says that Abraham’s children and descendants will be innumerable and he will be the father of nations.

Naturally, Sarah looks to herself in her old age and says, “Then I must not be the mother.” (Note that God has already called her a mother of nations.)

By this point, Sarah had already given her handmaiden, Hagar, to Abraham so that she could bear him a son….

…while God is literally telling them both that Sarah will have a son and be a mother.

In Genesis 18, the Lord comes to their tent and tells Abraham again that Sarah will have a child and she laughs.

She laughs at God.

She laughs at what God is promising her.

And I know we’re all sitting here thinking that, “I would never laugh in the face of God!”

But spoiler alert: We do it all the time (laughing or otherwise).

I speak for myself here when I say that, like Sarah, I prefer to take things into my own hands when God is calling me “beloved” and whispering promises to me.

I’d rather take the chance of trusting myself over the God who redeemed me.

And that is the essence of Sarah.

She was a strong, fearless woman who wanted action and more from her life than sitting around and waiting.

And I admire her tenacity and for fighting for what she thought God meant for her, even though she was wrong.

Hers and Abraham’s pragmatic attempts to help and move the promises that God laid out for them forward failed and ended up creating more problems for them down the road.

And I can testify to this.

There are things in my life that I want desperately, and I have been told that they are coming. But here I am doing everything in my power to speed that up.

Philippians tells us that what good work God has started in us He will finish it.

And that finish line isn’t ours — it’s not mine and it’s not yours.

Sarah is one of those historical figures that I wish I could sit down and have lunch with. I would ask her what it was like to laugh in the face of God and if she wished she would’ve just waited.

But I think we all already know that she would laugh and then say, “Just wait on what God has promised you. He loves you and He calls you his child.” 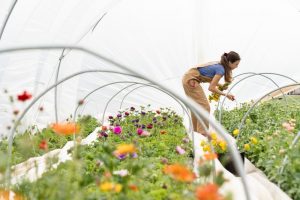 The Proverbs 31 Woman: Active, Not Passive

I have been avoiding writing about the Proverbs 31 woman for a loooooonnngggg time.  But, as my lesson for my branch’s Ladies Circle meeting was approaching, I decided to talk about her and see what my sisters had to say. I went to them for inspiration on a... 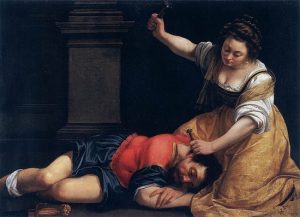 This article is part of Sister Alena X. Ricci's series on the Women of the Bible. I was originally planning to put Jael in a combined blog with Deborah, but the more I thought about her, and reading her short verses over and over, I realized that she deserved her...

Verse of the Day
Now the God of hope fill you with all joy and peace in believing, that ye may abound in hope, through the power of the Holy Ghost.
Romans 15:13