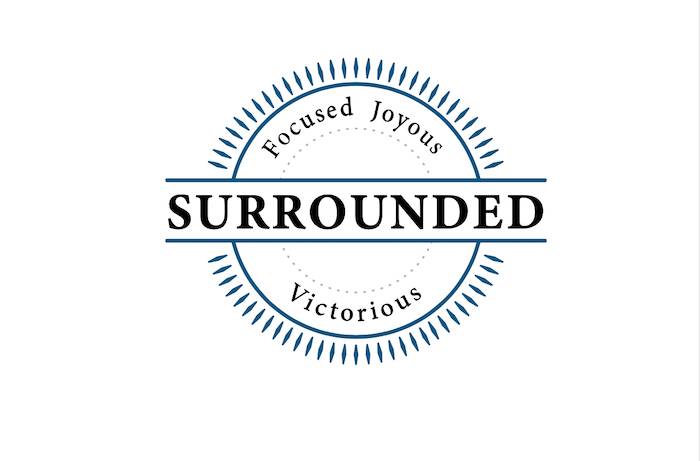 My kids love to play I Spy.

It’s amazing what we can observe in a completely normal setting just by really looking.

This week, I feel like the GMBA Camp-in has challenged me to a game of I Spy.

What do I spy with my spiritual eye?

The good news is that there will always be something good that my spiritual eye can detect. I spy an answered prayer. I spy a healing. I spy a scripture.

I spy my Church family. I spy a song of praise. I spy a victory from God.

The GMBA Camp-in has encouraged me to focus my spiritual eye on Jesus Christ and all of the good things that come from Him. When I do this, I realize that His Holy Spirit surrounds me. And it’s much more powerful than anything else in this world.

Here’s a recap of the week’s content in case you missed anything. God bless you as you seek Him out with your spiritual eye.

This beautiful video introduces the theme “Surrounded.” It may seem like we’re surrounded by the enemy, but we’re also (always) surrounded by God’s love—if we have the eyes to see it. (Featuring youth from the Southwest and Pacific Regions)

Your Love Awakens Me

Surrounded by Music and Praise

Brother Cameron Staley, Brother Patrick Monaghan, and Brother Jared Scolaro discuss the impact that music has on our relationship with God and the importance of returning praise to the Lord. They even perform several of their favorite songs for us.

Featuring testimonies from Brother Bob Buffington, Jr., Sister Darlene Lovalvo, and Sister Shannon Hamet. Have tissues handy! Also, you’ll see video clips of people from around the church describing what they like most about singing in church.

Surrounded by the Family of God

Brother Dan Arcuri, Brother Alphonso Hopkins, and Brother Jonathan Nath explore the importance of the family of God, our brothers and sisters in Christ. Why did Jesus Christ call us a family, and how should that family function? What’s our responsibility to one another? The brothers share many personal experiences to bring these concepts to life.

Featuring testimonies from Sister Terri Nath and Sister Beatrice Hopkins, as well as video clips from kids and saints around the Church describing what the family of God means to them.

Enjoy an episode of the world-famous program “Victory Center,” (not to be confused with “Sports Center”) where your hosts Brother Dan Hemmings, Brother Dan McNamera, Brother Zach Jackson, and Brother Doug O’Bradovich bring you testimonies of God’s triumph. You’ll hear an interview with Joseph of Egypt (wink!) as well as many testimonies that describe the nuances of what real victory is. (Don’t miss the outtakes at the very end.)

Featuring Sean Smith as well as many people from around the Church who describe what it’s like to be part of the family of God.

In this informal discussion, several young people talk about living life as a follower of Jesus Christ. How does God influence their life decisions? How do they know that God is directing them? They share testimonies about how they’ve stepped outside their comfort zone, and they also share advice for their peers.

These videos haven’t been posted yet, but they will be. Give it a couple weeks, and then check the GMBA YouTube channel for these recordings. 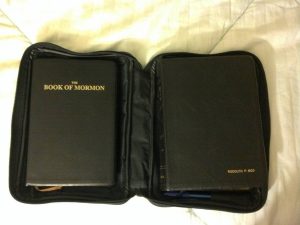 The Miracle of the Stolen Books

For today's Miracle Monday, we're republishing this amazing story from 2012, submitted by Brother Stephen Kyriakakos. On January 29, 2012, I went out to my car to go to work. I noticed the driver’s side door was open and several items were stolen. Among the missing... 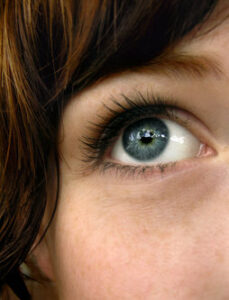 He Saved My Sight

Today's Miracle Monday comes from Sister Naomi Hopkins from the Pinetop-Lakeside Branch. It happened a few years back but was related in a recent testimony meeting. I was losing sight in one eye, and my doctor said I had to have surgery. He assured me that it would...