Have you ever been delayed leaving your house for some reason? Maybe you couldn’t find your keys, the dog escaped, you forgot your lunch, etc. You’re delayed for whatever reason, and then you find out that you missed a car accident along your route. I’ve experienced that a few times in my life, and I’m so grateful that God protected me from something that might’ve been terrible.

The other morning, I woke up earlier than normal to head into work. My dog had been trying to get into my freshly baked zucchini bread, so, before heading out, I stuck the container in the microwave so he wouldn’t destroy it and eat the bread (like he did a couple weeks ago). There was a random plastic lid in the microwave at the time, and I took it out and set it on the stove, and put the zucchini bread safely in the microwave.

A couple hours later, my husband, Chris, called me asking if I was trying to kill him. He said he woke up to the smell of burning plastic. When he went into the kitchen, he found two of the stove burners on high, burning the plastic lid I’d placed there. A third of the lid had melted onto the stove by the time Chris woke up and went downstairs. Thank God Chris was still home. I can’t even imagine what would’ve happened had we both been gone.

Me waking up a little earlier wasn’t just a coincidence that day.

God is so good. We can never adequately thank Him for His goodness and mercy. Do you have a similar story? Share it by posting a comment below! 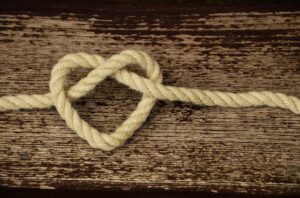 Last time, we talked about how the first key to showing God's love is to recognize the opportunity to show love—and then take that opportunity. The second key is creating that elite difference, where love is what separates us from the rest of the world. You can... 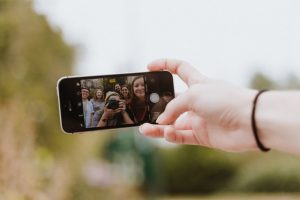 I Look Good in That Picture

Today, we're pausing the Life of Jesus series and bringing you a throwback article written by Brother Jerry Valenti in 2014. Enjoy, and we'll see you here next Wednesday when Brother Jerry will resume his regularly scheduled Life of Jesus column. Recently, my...